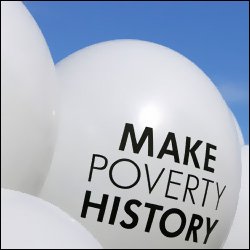 The findings of the recent Poverty Assessment Studies on St. Kitts and on Nevis will be presented at a National Consultation on Friday.

As promised by Prime Minister, Hon. Dr. Denzil L. Douglas, the social and economic partners will get an opportunity to receive updated information on poverty on both islands.

Ahead of the national consultation, two in-country reviews will be held in Nevis this evening (Monday) and two on St. Kitts ““ at St. Paul’s and Cayon tomorrow Tuesday.  A media sensitization workshop for media practitioners will be held on Wednesday in the Ministry of Finance Conference Room.

During the National Consultation, brief remarks will come from Prime Minister Douglas and Premier of Nevis, Hon. Joseph Parry and a representative from the Barbados-based Caribbean Development Bank (CDB).

“In addition to discussing the findings of the studies, stakeholders will be invited to identify areas of special concern that emerge from the report and explore strategies and make recommendations on the way forward,” said Permanent Secretary in the Ministry of Sustainable Development, Mrs. Hilary Hazel.

The St. Kitts Report shows a drop in household poverty, a significant decrease in indigents and an unemployment rate of 6.3 percent.