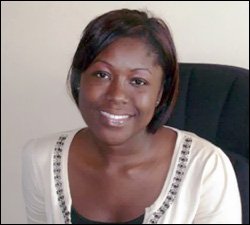 The Ministry of Tourism in the Nevis Island Administration (NIA) will celebrate Tourism Week 2010, from Friday February 5th to February 13th, under the theme “Tourism Expanding Through Linkages”.

According to Marketing Officer of Tourism Ms. Tamica Lawrence, the Ministry has planned several activities throughout the island based on building awareness about the impact tourism has on the local economy.

“Tourism plays a pivotal role in the lives of our community. This event promotes a wider understanding of travel and tourism, as an industry that contributes immensely to our economic and social well being,” Ms. Lawrence said.

The Tourism official described the Nevis Tourism Week as a collective effort that would promote travel through events tailored for the various communities throughout the island of Nevis.

A Cultural Street Parade in Charlestown from 3pm will mark the commencement of the week’s activities. That event will be followed by a ceremony at 4pm to rename the Old Treasury Building in honor of Mr. Arthur Evelyn, the first Minister of Tourism in the NIA. Both events will be held on Friday, February 5th, 2010.

Other events will include a Church Service at Eden Browne Church of God at 10am on Sunday February 7th. There will also be promotional presentations at the island’s schools, exhibitions at the Museum of Nevis History, panel discussions on local radio stations, a primary school quiz, a play, a food fair, a Gala and Dance and a horse race at Indian Castle.

Members of the public who need further information on the 2010 Nevis Tourism Week activities should call the Ministry of Tourism at 869-460-5521 ext 2033.