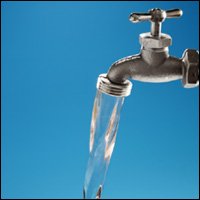 Acting Manager of the Nevis Water Department Mr. Roger Hanley has asked consumers who have been experiencing difficulty with their supply of water to bear with the Department while it works assiduously to arrest the situation.

In an interview with the Department of Information on June 27th, Mr. Hanley explained that they were forced into rationing water at various times and days in some parts of the island, to allow consumers in Pond Hill, Braziers Estate, Stoney Grove, Cole Hill, Hermitage, Prospect Estate, Church Ground and Upper and Lower Hamilton to have water.  He blamed the situation on a series of incidents which affected major pumping stations in Fothergills and Charlestown.

“I would just like to appeal to the general public to bear with us. I just want to point out that there will be problems; this is something that will be sure to happen. These are man-made systems and we will have problems from time to time. The bottom line is how we manage those problems.

“A series of incidents occurred which led to the situation which we are in currently and last week Sunday we would have had a power failure which was caused by an accident which knocked out one of NEVLEC’s poles. We normally pump in excess of 500,000 gallons per day from that particular booster station and at critical times an extra 200,000 gallons but in light of the fact that we couldn’t do any pumping for a constant period of seven hours, this was one of the reasons that led to the situation we are in,” he said.

According to Mr. Hanley, on the following day a number of reservoirs tied to the system that would have fed consumers experienced further difficulty when the valves malfunctioned.

“At those reservoirs we have special valves that operate hydraulically and we subsequently experienced problems with those valves. Of course they operate from the pressure of the water and we had some malfunction of those valves.

“One of the challenges that we have faced is because of the increase in the water demand especially in the Charlestown area. We recently had to supplement the storage for the Charlestown area from the water that is produced in the Gingerland area and in light of the fact that we had the mishap and the series of challenges that posed a negative impact on the distribution system,” he explained.

The Water Manager further explained that the valves were intended to keep the reservoirs full but in that particular instance instead of the valve holding the water to feed the tank it closed down at a time when they had ended work at night and there was no indication of what was going on. He said the situation was only observed by morning when a check was made on that particular reservoir.

Notwithstanding, Mr. Hanley noted that work was ongoing plans were to have the new well at Hamilton commissioned next month.

“Plans are ongoing to have the Hamilton well commissioned. The pump line has been installed to the Hamilton reservoirs and the necessary electrical components are being installed.

“We are hoping to realise the commissioning of that new well by mid July. Once that happens it would decrease the need for re-routing water from Gingerland into Charlestown,” he said.

In the meantime, the Acting Manager stressed that his Department was continuing to work towards getting the existing situation rectified in the ensuing weeks to get the water supply back to normal in the affected areas.

“Our best hope is that within a two to three week time frame from this date we are hoping to see a turnaround in events. This morning there was visual positive signs that we are seeing results that are geared towards us being to what we are accustomed to but nevertheless, we would still continue our rationing until we feel and we are satisfied that the situation is addressed,” he assured.

Mr. Hanley used the opportunity to also remind consumers that they should be prepared. He said based on the uproar and dissatisfaction voiced by some consumers related to the water rationing, he was left with the impression that they were ill prepared and that was a mentality that necessitated changing.