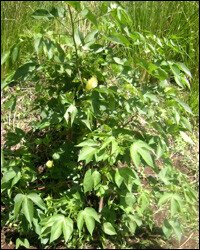 The first crop of Sea Island Cotton after a five year lull, added EC$270,000 to the Nevis Treasury. Minister of Agriculture in the Nevis Island Administration (NIA) Hon. Robelto Hector said given the harsh economic times, the foreign exchange the crop generated was important to the island’s economy.

“The crop last year was a success “¦ This year the hope through the Ministry [of Agriculture] is to double the production and we are hoping to contribute even more to our economy,” he told the Department of Information on January 20.

Mr. Hector said the Administration recognized that cotton was a labour intensive crop that was being harvested manually but the quality of the cotton fetched a premium price on the international market.

A former extension officer, the Minister explained that the Department of Agriculture had seen the need to move from a production led system to a market led system.

“There is a premium price, there is a great market for cotton and once we can produce, we are realizing those who we have contracted with take every pound. So with a secured market, a decision to go back to cotton must have been a good and right decision,” he said.

The Minister continued to encourage farmers to continue to support the Department of Agriculture’s efforts with cotton cultivation. He said they had the knowledge, the support of the government and community and an assured market.

“Truly this is the mix you need in order to make a crop that is labour intensive a success,” he said and added “Those who produced last year know the success and the financial rewards. I just want to encourage others.”

Harvesting of the second crop has begun and Mr. Hector explained that cotton cultivation had expanded and was concentrated solely on the government owned farm at Indian Castle Estate.

The Agriculture Minister used the opportunity to encourage those who had assisted in the last harvesting process to give their support to the second harvest.

“We have contracted labour people coming out be it the church, the youth groups we have worked with them and I think we are just about ready for them now,” he said.

A number of social clubs and other interested parties used the opportunity to harvest cotton at a rate of $2.00 per pound last year.