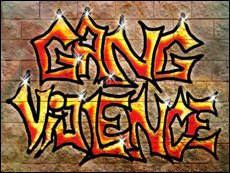 The Anti-Crime Unit is committed to ensure a safe and secure environment and will build close partnership and work hand in hand with civilian agencies to surmount the challenges that confront us all.

The goals and initiatives projected by the Anti-Crime Unit for the financial year 2012 will therefore be centered on improving its service to the public, at large, in the execution of the key responsibilities in the areas of law enforcement.

According to the Estimates for 2012, safety and security have been identified among the social development issues as part of the economic restructuring process in the Federation of St. Kitts and Nevis.

Chief Secretary Mr. Joseph Edmeade said the Anti-Crime Unit is fully cognizant of its pivotal role in creating the enabling environment for social development, economic investment and productivity especially in an era of unprecedented developments that challenge the capacity of small developing states with limited resources and capabilities.

“We have witnessed uncomfortable levels of gun-related criminal activities involving our youths. In accordance with Government’s zero tolerance policy on crime, the Anti-Crime Unit will ensure that the Security Forces implement the new strategic plan to address the incidents of crime that are being perpetrated in selected communities throughout the Federation. Focus will be on recovering firearms from our streets and will continue the fight against crime in all its forms. The visibility of the Security Forces will be further enhanced by deployment of additional man-power and improve the fleet of vehicles provided to assist them in the execution of their tasks. The Unit will strengthen its collaborative efforts on crime with all stakeholders,” said Mr. Edmeade in the Executive Summary.

In outlining other operational and policy driven initiatives and activities, the Anti-Crime Unit, which is in the Office of the Prime Minister, will also ensure increased multi-agency collaboration in crime fighting operations at the national level.

“This includes frequent operations at the Ports of entry and the increased vigilance by the officers and joint operations by members of the K-9 Units of Police and Defence Forces, Customs, and Port security. These have been beefed up and have proven to be very impactful,” said the summary.

It also highlighted  that maritime and land based operations will always be complementary, stepped up stops and searches in known hot spots (areas frequented by known perpetrators of crime) as well as island-wide mobile patrol will be carried out to enhance the visibility of the officers.

This includes strengthening the Bicycle Patrol Unit, strengthening inter-sectoral collaboration, implemented through increased consultation by the Security Force with the private sector as well as other members of civil society on areas for partnership on crime prevention.

Also identified is Community Policing involving increased community based interactive sessions. The Police Force will convene several Town Hall meetings throughout the Federation with a view to address the issue of crime in an effort to sensitize the public on the function of the law enforcement agency.

School Liaison officers will be appointed as part of a community outreach programme. These interactions should be informative and set the ground work for improvement of service, building stronger partnership and information sharing.

The intelligence unit will also be restructured to craft a high functioning programme comprising of initiatives designed to assist with the establishment of a repository for information and intelligence.

“This mechanism for strategic intelligence gathering will drive a more comprehensive approach to crime fighting. The Unit has been renamed the Strategic Intelligence Unit and will be responsible to provide intelligence/information that will drive crime fighting operations, especially of the newly established Delta Unit, the traditional Special Branch Division and the INTERPOL Bureau,” said the Executive Summary.