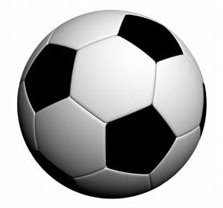 St. Kitts and Nevis and Prada Sports and Marketing of Brazil have launched a new sports tourism initiative which promises to deepen relations between the two countries.

At a press conference at the Warner Park Stadium on Thursday, the inaugural Paradise Cup Football Tournament was unveiled. It features Brazilian teams in three age categories, 18 to 30, 31 to 45 and 46 and above, competing against local and regional clubs. This a collaborative effort between the Ministries of Sports and Tourism (St. Kitts), the St. Kitts-based Embassy of Brazil, PRADA Sports and Marketing and the St. Kitts and Nevis Football Association.

Minister of Sports, Honourable Glenn Phillip informed the media that this initiative was a significant one as it advances Government’s strategy of strengthening diplomatic relations with the largest country in South America, and facilitates greater access to the Brazilian market where a mutually beneficial exchange of goods, services, culture and people can take place.

He added that it was a “proud moment” and stressed that locals should be excited by this prospect.

“Yes we’d like to tap into the expertise of the Brazilians in terms of the development of sports,” he said, citing the tremendous reputation of the country which has won the FIFA World Cup five times. “It is critical for us here on the island for our (athletes) to be developed and exposed to other sporting organizations whether it is Brazil or elsewhere.”

“In a time like this where we are seeing so many antisocial behaviours, I think it is imperative for us to come together and find alternatives for our youth,” he added.

Eduardo Prada of Prada Sports and Marketing noted that 60 persons including players, coaches and other personnel will be making the inaugural visit scheduled for October 08 to 14, 2011. Former national players and business executives from Brazil are included in this group.

“Paradise Cup is a good opportunity to speak with all sectors of the island, not just tourism and not just sports,” he expressed, noting that the St. Kitts and Nevis consulate in Brazil has been engaged in conversation with relevant officials about establishing trade relationships. “We are bringing businessmen to come play [football] so we are putting the businessmen from the island with the Brazilians to try to make a business tour.”

Paradise Cup is expected to be an annual event. Officials are already working to facilitate better travel arrangements for the players, officials, their families and other visitors in 2012, which could number up to 400 persons. Plans are also being considered to have local teams tour Brazil in the future.