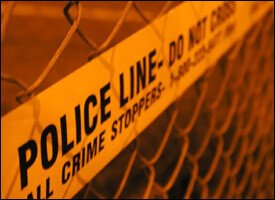 Prime Minister Douglas says the Anti-Crime Unit created in the Office of the Prime Minister will see four members of the Cabinet directly involved in the management of this Unit in the fight against crime.

Dr. Douglas in response to a caller said the restructuring of what was the Ministry of National Security “was to take the ministerial command from being under one minister to being under four ministers and to provide a team effort in this fight against crime.”

He said it was appropriate that for him to have responsibilities and the authority as the Chairman of the Task Force on Crime, it was necessary to have the Governor General pass to him the portfolios that will deal with the police and defense force which are the two main agencies of the government in law enforcement.

“All the other departments that were of the Ministry of National Security remain directly under the ministerial control work and guidance as the Deputy Prime Minister, Hon. Sam Condor,” said Prime Minister Douglas.

“That is the way it is. That is how my cabinet wishes it to be at this time as we fight crime. We are taking it from the responsibility of one minister to four ministers as a team approach and we have created in the Office of the Prime Minister, the necessary unit – the Anti-Crime Unit and it is going to be managed jointly with four ministers of government with me as the Chairman as the Task Force and to ensure that we can be effective in our fighting of crime,” Dr. Douglas reiterated.

“There are some people who do not like this new development and are using what has happened to further cause mischief and distraction, as the caller said,” responded Prime Minister Douglas.

He said there has been adequate dialogue when this matter was discussed.

“As the Deputy Prime Minister himself said yesterday that he was consulted. He was involved with me personally in  hours of discussion and at the Cabinet, it was discussed at length. Last week I meet the Deputy Prime Minister again on Wednesday to discuss this matter we had ample dialog and discussion and that is why I say it is so unfortunate that we have to appear in public to be disagreeing over a matter. Yes we had some differences of opinion as to how it should be done and I don’t see why this have to spill over into the public domain but as I said before, I am the prime minister and so the buck stops with me and so that’s where it is. I am going to accept the blame because I am the Prime Minister so I have to accept the blame and I am expected to take whatever blame. That’s the way it is. My back has to be broad and in this case I will allow my broad back to take all there is,” said Dr. Douglas.

He emphasize that the criminals must not have no comfort whatsoever because there is a broader more direct theme approach in the fight against crime. The main focus is this, my government has put a new arrangement in place to give a strong signal and focus to the criminal that they will not continue to do what they have been doing in the past. We shall ensure that this government makes changes accordingly so that our strong position in fighting against crime is executed.