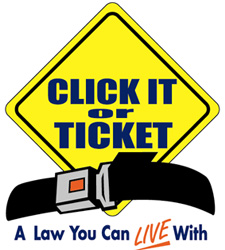 Seat Belt Law To Be Enforced

Head of the Traffic Department Inspector Cromwell Henry says the seat belt provisions of the traffic laws are being enforced.

He warned violators of the seat belt law that the maximum penalty on summary conviction is EC$1,000.

“The Traffic Department wishes to remind drivers and front seat passengers that they are required by law to wear a seat belt while driving, and that this provision is now being enforced.  Maximum penalty on summary conviction is $1,000.00,” said Inspector Henry.

He disclosed that 46 tickets were issued to drivers Wednesday during vehicle check points at strategic locations on the Island’s Main Road.

“A number of vehicles were checked for traffic violations, and driving documents such as licences and insurance certificates examined.  Forty-six (46) tickets were issued to drivers who were not wearing their seatbelts, while two were issued to drivers whose vehicles were tinted darker than what is legally permitted.  These drivers were also required to remove the tint from their vehicles on site,” said the police inspector.

He also disclosed that two persons were arrested and charged for driving under the influence of alcohol and obstructing the Police in the execution of their duty.

1 thought on “St. Kitts – Nevis Police Crack Down On Crime”