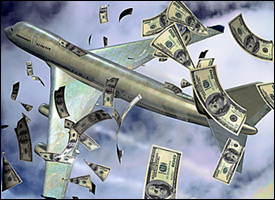 Temporary Governor Dr. the Hon. Timothy Harris in a statement at the 41st Annual Conference of the Board of Governors of the Caribbean Development Bank (CDB) reported a one percent increase in stay-over arrivals as visitor arrivals.

Arrivals from Canada and the Caribbean declined by 12.5% and 7.3% respectively as airfares from these markets remained unattractive.

In his statement, Minister Harris said the cruise industry remained buoyant during the period under review as cruise passenger arrivals increased by 13.7 percent due to increased port calls which also jumped 13.6%, as the sector continues to benefit from intense negotiations with cruise lines and strategic marketing campaigns.

Overall the tourism sector is estimated to have contracted by 2.0 percent in 2010 when compared to 2009.