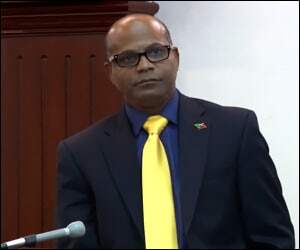 January 2016 will see the start of a Tourism Education Programme to educate the St. Kitts – Nevis youth about the vital role tourism plays in the lives of nationals due to a collaborative effort between the Ministry of Education (MOE) and the Ministry of Tourism.

Prime Minister, Dr. the Honourable Timothy Harris, stated during the 2016 Budget address that “sustainable growth and development cannot be realized without the input of our people.” It is for this reason that the Government of National Unity has endorsed the partnership.

A pilot programme will be launched at the Basseterre High School (BHS) and two primary schools, which will soon be determined after further consultation with the MOE.

The prime minister explained that the programme was developed “with the objective of further sensitizing students and, by extension, their families to the benefits of the tourism sector.” In addition, he stated that the programme would also be used as “a mechanism to highlight the employment and career opportunities that the sector provided to residents.”

Adding to the address, Minister of Tourism, Honourable Lindsay Grant, stated that the programme will be extended to all schools in St. Kitts once the pilot stage is completed. He said after this is done “we should be well on our way.”

The need for education in tourism does not end with teaching the benefits of it to children. Persons with hopes of entering the industry will be groomed to deliver high quality service to not only the usual tourist but to tourists with a more discerning taste.

Minister Grant previously stated in an interview with the St. Kitts and Nevis Information Service (SKNIS) that this will be achieved by establishing a School of Excellence.

“My remit within this five years is to ensure our School of Excellence is used to train every single person who is in our industry,” the minister said during an interview in October. “That is, our School of Excellence should be able to train the receptionist, persons who clean the pool, landscapers, housekeepers, chefs, those in hospitality management and every facet of the industry we are going to ensure is trained.”

The School of Excellence is expected to not only train nationals but persons across the region.

The minister assured that every person who is trained will receive certification that will be recognized in various regional countries.