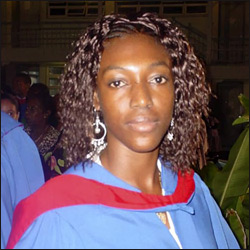 Caribbean nations are opposed to the full-scale liberalisation or opening up of the region’s tertiary education sector, which is seen as a public good and not as an economic or commercial enterprise.

Speaking at the just concluded Caribbean-New York Conference last week at which a Memorandum of Understanding was signed between the University of the West Indies (UWI) and the Medgar Evers College in New York, St. Kitts and Nevis Prime Minister Hon. Dr. Denzil L. Douglas noted that the United States, the lead competitor in the tertiary education sector and as a member of the WTO, the US has sought “”¦full commitments for market access and national treatment in higher education and training services, for adult education, and for ‘other’ education.” The request has been made to all 145 WTO members.

Douglas said given that one significant aspect of the GATS is non-reciprocity, CARICOM Member States understandably, are quite cynical about and resistant to this quest by the USA.

“This is one area that is worthy of further discussion and cooperation since developed countries such as the USA are much more competitive in this sector and the domestic providers such as those in the Caribbean Community are not ready for an open, market driven environment,” said Dr. Douglas, the region’s lead spokesman on education.

Dr. Douglas noted that with this trend toward the liberalisation of higher education, a debate has emerged concerning whether Tertiary Level Institutions (TLE’s) should be viewed as a public or a private good.

He said that in their traditional roles, TLIs are perceived as independent and sometimes critical institutions that “˜preserved and interpreted, and sometimes expanded, the history and culture of society.’ (Altbach 2001). In this regard, these TLIs are viewed principally as public goods and universities as ‘places of learning, research, and service to society through the application of knowledge. Academia affords a significant degree of insulation from the pressures of society ““ academic freedom ““ precisely because it serves the broader good of society. Professors are often given permanent appointment ““ tenure ““ to guarantee them academic freedom in the classroom and laboratory to teach and do research without fear of sanction from society.’ (Altbach 2001)

The St. Kitts and Nevis leader pointed out that many student leaders and academics have criticized the ‘for profit’ TLE agenda, driven by entrepreneurial universities and multinational service providers.

“They suggest that the concept of the student as a consumer, and TLE as a product, fails to acknowledge the importance of education as a social tool and runs counter to the creation of a knowledge driven society, with democratic, tolerant and active citizens. There have been calls for universities to protect the essential role of TLE as a public good, and not to support its subordination to market forces that will undermine accessibility and exacerbate social inequalities,” said Prime Minister Douglas.