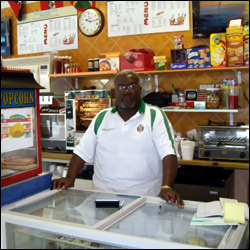 Concessions totalling over one million dollars have been approved by Cabinet for several local businesses.

“In its quest to fulfill its mandate to create a robust tourism industry and services sector generally, Cabinet approved seven applications for concessions  by local tourism-related and services sector companies,” Minister of State for Information, Sen. the Hon. Nigel Carty said Tuesday.

He said the strategy of the St. Kitts – Nevis Labour Administration “has been to grow the services sector as we change the economic landscape in the post-sugar era.”

Minister Carty disclosed that the concessions approved totalled in the region of EC$1.5 million dollars.

“Government believes that the return on investment for the country will be seen in the creation of new, stable and better paying jobs in the services sector and other supporting sectors,” added Carty.

In keeping with its promise in the 2004 General Election manifesto, the St. Kitts-Nevis Labour Government continues to agresively pursue the further development of the tourism and services sector with locals playing an important role in establishing and owning businesses.