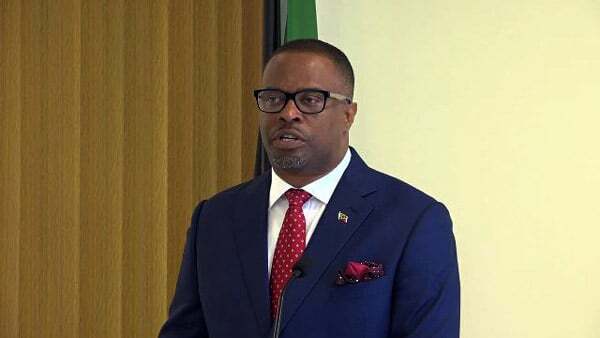 The Nevis Island Administration (NIA) has given non-nationals residing illegally on Nevis another opportunity to regularize their immigration status with a four-day extension.

The amnesty which was announced on November 23, 2017, officially concluded on March 31, 2018. However, Hon. Mark Brantley, Premier of Nevis and Minister of Finance announced at his monthly press conference on March 29, 2018, that the period would be extended to April 06, 2018, considering the Easter holiday.

“We thought that a four-month period was in fact a generous period of time to give to our non-nationals to say to them please come in and regularize your status. We prefer for you to be here and have a regular immigration status, than to be existing in our country illegally and somehow to be under the radar.

“We want people to regularize their status. Respect our immigration laws and this was our way of seeking to invite them to do so and incentivizing them to do so…We have decided to extend it into next week because of the holidays… but this will come to an end at the end of the week. So if there are individuals out there who have not yet benefited we ask you please to do so,” he said.

As of March 29, 982 non-nationals had already taken advantage of the amnesty offered to those in arrears of payments for work permits, annual residency, school attendance, student visas and visa extensions to the NIA up to the end of 2017.

However, in order to benefit from the waiver of outstanding amounts, work permit and annual residence applicants were required to make their payment for 2018 work permit(s)/annual residences by the end of the amnesty period.

At the end of the amnesty all outstanding fees would become due resulting in a breach of the Immigration laws of St. Kitts and Nevis.

Mr. Brantley said the Administration had provided the opportunity for non-nationals to take advantage of the amnesty even though it meant less revenue.

“If this period passes and you do not take advantage of it, you can’t blame the government if the immigration officials come looking for you because we have given you ample time and ample opportunity and reduced the price and taken a financial hit because clearly, once we reduce the price it means that the government is getting less revenue.

“So that is the extent to which we have gone to seek to assist you in regularizing your status and so we ask again that persons do the right thing in that regard,” he said.