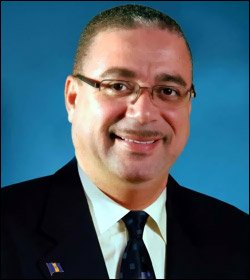 The Prime Minister of Barbados, the Hon. David Thompson is the Guest Speaker at the Eight Annual Prime Minister’s New Year’s Gala.

Chairperson of the Gala Committee, Ms. Marcella Liburd also said that the R & B Chicago-based the Chi-Lites will entertain the guests at the Prime Minister’s Gala scheduled for Saturday January 3rd 2009 in the Grand Ballroom of the St. Kitts Marriott Beach Resort at 7:30 P.M.

Miss Liburd said the Barbados leader has accepted the invitation of St. Kitts and Nevis’ Prime Minister, the Hon. Dr. Denzil L. Douglas to speak at the gala to celebrate the advent of the year 2009 in the true spirit of unity.

“In this our 25th year of independence we cannot help but marvel at how far we have come,” said Ms. Liburd, pointing out that the theme “Giving Thanks,” reminds us that in spite of the numerous global challenges that we face individually and collectively, difficult as they are, we still have much to be thankful for,” said Ms. Liburd, the former Speaker of the St. Kitts and Nevis National Assembly.

She said that the Barbadian Prime Minister “will capture our imagination and inspire us to take positive action in our relenting efforts to be successful individually and as a nation.”

Ms. Liburd said the “˜breath-taking and unforgettable performance by the Blues and R & B Chicago-based Chi-Lites will follow Prime Minister Thompson’s address.

“The combined effect of our very own Modern Image Band and The Chi-Lites is sure to create and evening of extraordinary magic,” she said.