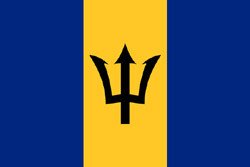 Caribbean Governments Must Work On Economy

Investment flows and infrastructural development in tourism real estate are already showing signs of a slow-down as a result of the international global recession.

Barbados Prime Minister Hon. David Thompson said although the nations of the developed world owe it to the other countries to ensure that the response strategies they devise are based on the widest dialogue and participation, are transparent and take account of all needs, the Caribbean needs to get a grip on its future.

The Barbados leader told nearly 600 patrons at the 8th Annual New Year’s Gala of St. Kitts and Nevis Prime Minister Hon. Dr. Denzil L. Douglas that the global economic recession has already begun to affect the vital tourism and related sectors of St. Kitts and Nevis and other Caribbean nations whose dominant market share is held by North America.

He added that the recession will likely have a direct impact on foreign exchange earnings as well as the anticipated fall in remittances, and the rise in protectionism, unless alternatives can be identified and pursued.

“It is against this background of hope for something different and fear of something worse, that our countries in the Caribbean must now get a grip on our future,” the Barbados Prime Minister said.

Mr. Thompson pointed out that Caribbean people are no strangers to crises and difficult times as the societies have survived the cruel legacy of slavery and colonialism to build their own way of life.

“For almost half a century, we have managed our affairs as sovereign states, and have consolidated our political independence through the creation of a strong and vibrant Caribbean Community of progressive, tolerant nations, guided by the values of democratic governance, social justice, and respect for human rights and for cultural and ethnic diversity. We have weathered perennial storms, whether natural or man-made, with stoic resilience and an abiding faith,” said the Barbados Prime Minister who expressed confidence “that if we “˜cut and contrive’ we can make it through to the good times. That same spirit continues to guide us now.”

He noted that economically, the struggle has been even more intense for the Caribbean as the last decade has been one of painful transition from dependence to inter-dependence, and from longstanding preferential trading arrangements to a new era of economic globalisation and trade liberalisation.

Prime Minister Thompson said that the consolidation and deepening of the regional integration movement has been the chosen vehicle through which to reposition Caribbean economies and pointed out that the member states of the Caribbean Community have recognised that their prospects of survival as individual micro-states in the new world order are marginal, and that their last best hope lies in economic union.

“For that reason we have invested our energy and talent in the creation of the Caribbean Single Market and Economy. As you are aware the Single Market was launched in 2006, and the free movement of goods, services, capital and skilled labour is now a lived reality,” said Mr. Thompson.

He added that the project for a Single Economy requires a longer gestation period than the original enthusiasm would have contemplated, and it is naturally impacted by the current chaos in the international financial markets.

“But it is this unprecedented circumstance that may in fact prove to be the catalyst that propels our region into recognizing the benefits of greater sub-regional macro-economic convergence and of harmonized monetary and fiscal policies,” said Prime Minister Thompson.

He restated his view expressed at the recent conference in Miami that it remains a most perplexing irony that the value of the hemisphere’s most successful integration movement is more appreciated in external circles than it is from within its own membership.

“The misplaced expectations of instant results and impatience have led to fatal distractions – often styled as alternatives which are ultimately unworkable configurations for the regional project,” said Prime Minister Thompson, adding that he is relieved that the distinguished Prime Minister of St. Kitts and Nevis “has retained his focus on the larger picture.”

Mr. Thompson said that retreat and tendency towards fragmentation are not uncommon in turbulent economic times ““ and they are to be expected – but he has every confidence that the centre will ultimately hold.

“Today, with bolder, focused leadership, the promotion of the good of the collective above narrow national ambition will lead an enlightened citizenry and the Caribbean Community forward. There is no other way,” the Barbados Prime Minister declared.

He said that the strategies for growth and development in the Caribbean Community have at their core the deepening of economic integration and functional cooperation as the sub-region’s most effective response to the challenges of trade liberalisation and economic globalisation.

“Although significant progress has been made, I submit that these efforts can only succeed if they are buttressed externally by supportive international policies in trade, investment and development cooperation designed to help the small vulnerable CARICOM economies integrate into the global economy. In essence, therefore, the sustainability of the Caribbean region cannot be guaranteed by Caribbean efforts alone,” said Prime Minister Thompson, who suggested that enlightened and sensitive approaches by the region’s external partners will be vital in support of major priorities, among which include “safeguarding the regional integration movement; forging new trading relations, within the hemisphere and internationally, that are supportive of the development aspirations of our Small Vulnerable Economies; expanding the international financial services sector as a competitive means of economic diversification; combating climate change and protecting the environment; disaster mitigation and response;  promoting energy security, and securing the regional neighborhood.”

He proposed that in the coming months to elaborate on these initiatives with a view to articulating how he sees these islands working in partnership with the new Administration in the United States.