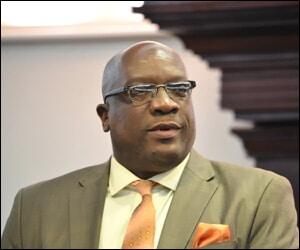 The Government of St. Kitts and Nevis has followed through on suggestions by members of the national community to enhance the ease of doing business locally by overseeing the passage of the Licenses on Businesses and Occupations (Amendment) Bill, 2016, in the Federal Parliament on February 19.

The Bill addressed the concerns of several business owners who had reported to the Inland Revenue Department that the legal requirement for entrepreneurs to prominently display their business license in their respective place of business was proving to be difficult.

Prime Minister and Minister of Finance, Dr. the Honourable Timothy Harris, indicated that Government was cognizant that the system may not have been adequate for all businesses, particularly for professionals and tradesmen who do not operate from a fixed place of business. During the Budget address last December (2015), Dr. Harris announced plans to introduce a Business License Card for the appropriate businesses. The Licenses on Businesses and Occupations (Amendment) Bill, 2016, provided the necessary legislative changes.

While the traditional business license will still be issued on paper, the card represents a durable, portable option that assures the public that the holder of such is a Bona Fide entrepreneur with a business registered with the Inland Revenue Department.

“So we are responding to a felt need,” Prime Minister Harris said. “It is more a service that is being provided [rather] than any intention to, as it were, gather monies. The basic fee of $100 is basically to replace the funds that would be expended to get the card done and the administration of this.”

The prime minister added that the card will display a photo of the entrepreneur and other relevant information to “provide safeguards to the user of the service and the provider of the service.”