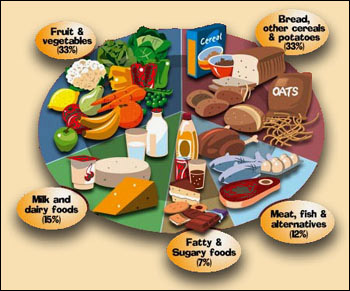 The Pan American Health Organization (PAHO) has reaffirmed its commitment to partnering with the Caribbean Community (CARICOM) in fighting Chronic Non-Communicable Diseases (NCDs) that are wreaking havoc on the economies of the regions of the Americas.

This was expressed at a meeting at the CARICOM Secretariat when Dr. Ernest Pate, PAHO/ WHO Caribbean Programme Coordinator; Dr. James Hospedales, PAHO/WHO Regional Adviser, Prevention and Control of Chronic Diseases, and Dr. Karen Sealy, WHO Special Adviser, briefed CARICOM Secretary-General His Excellency Irwin LaRocque on the progress made in the region in stemming the tide of Chronic NCDs.

Notwithstanding the many strides made in regional public health, Dr. Pate was of the opinion that public health leadership in the Caribbean had somewhat weakened and expressed hope that CARICOM and PAHO would work together to strengthen this. He anticipated that the CARICOM Secretariat would place high priority on NCDs and integrate this issue in all of its programmes, since it was one of the major threats to public health.

About 250 million people are living with NCDs in the Americas, while in 2009 alone, the deaths caused by NCDs totalled 4.5 million of which 45 percent were caused by heart disease and 35 percent by cancer. Barbados, Trinidad and Tobago and Jamaica have the highest prevalence of NCDs among adults in the Americas.

Dr. Hospedales said that the situation was not sustainable, but stressed that there were cost-effective solutions that could be adopted. Those, he stated, included healthy public policies and healthy policy interventions as well as comprehensive programmes of prevention and control.

He referred to the 15-point 2007 Port-of-Spain Declaration, Uniting To Stop Chronic Non-Communicable Diseases, issued by CARICOM Heads of Government, which has become the benchmark for measuring the progress of actions taken by member states against NCDs.

Dr. Hospedales enumerated achievements in areas of surveillance, treatment, physical activity, tobacco prevention and education and promotion, but noted that the region could not rest on its laurels since there was still much more work to be done, especially in the areas of mandatory physical activity in schools, compliance with aspects of the Framework Convention on Tobacco Control (FCTC) and nutrition.

Secretary-General LaRocque recorded the Community’s appreciation for the mammoth support given by PAHO to the region and in particular for helping to plant the issue of NCDs on the global agenda.

He reiterated the Community’s commitment to providing continued global leadership for NCDs and gave his word that the partnership with PAHO would be strengthened, especially in areas of political leadership; Community-wide monitoring of and reporting on NCDs; use of social and other media to promote healthy lifestyles; inclusion of NCD issues in bilateral and international fora; indigenous documentation of the Global Health Diplomacy process and facilitating dialogues at the ministerial level.