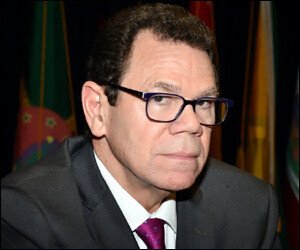 Effective partnership between government and private sector across the Caribbean are expected to grow with the establishment of a US$1.2 million Public-Private Partnership (PPP) Support Facility.

This was one of the outcomes of the recently held Annual Board of Governors’ Meeting of the Caribbean Development Bank (CDB) at the St. Kitts Marriott Resort.

CDB President, Dr. Warren Smith said the initiative is an important one and is based on three main pillars.

“This new multi-donor institution will fill three urgent needs in today’s Caribbean,” President Smith stated. These are: “to assist governments to improve the delivery and value for money of infrastructure services; to ensure that new infrastructure facilities are resistant to climate change and to seek mechanisms that will facilitate the private financing of infrastructure investments, given the fiscal constraints facing our member governments.”

The president echoed that the PPPs are “a proven way of delivering on all three of these goals; and it is fair to say that all governments have by now adopted the PPP concept as an integral element of their economic development policies.”

According to the CDB’s president, the “launch is the latest in a process of thought and development within CDB where they recognized that they needed to do something to facilitate the adoption of PPPS among the member governments.”

Michelle Cross Fenty, Director of Projects at the CDB explained the significance of the launch.

“This launch event, for the Regional PPP Support Facility, signifies CDB’s recognition of the need to adjust to shifting paradigms,” the Director explained. “It also signifies CDB’s intention to forge new partnerships with our development stakeholders, to guide the Caribbean to a better, stronger, brighter and more sustainable future.”

She said it is their “collective responsibility to ensure that the Caribbean must become the place where cutting edge development approaches are employed effectively and efficiently, while stating that this is where Public-Private Partnerships come into the picture.”

CDB has launched the first phase of the activities under the facility, designed to assist its Borrowing Member Countries (BMC) in the development and implementations of PPPs. This was done with the support of the multilateral development partners from the Inter-American Development Bank and the World Bank.