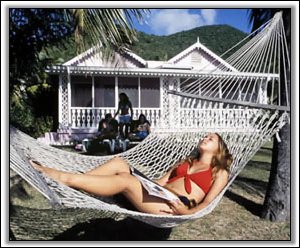 A member of the Concerned Citizens Movement (CCM) has belittled the sterling efforts of the staff of the Nevis Tourism Authority (NTA) and other tourism related organizations on Nevis suggesting that there had been little or no marketing of small hotels on Nevis.

In a recent interview on Newsmakers with host Kaymar Jordan, Mr. Mark Brantley stated that it was shameful there had been no interest in the marketing of smaller plantation properties on the island.

In response to Mr. Brantley’s charge, Advisor to Tourism, Mr. Alastair Yearwood said for any such suggestion from Mr. Brantley was an insult to the staff of the Nevis Tourism Authority (NTA), the Ministry of Tourism and the St. Kitts- Nevis Hotel and Tourism Association.

According to Mr. Yearwood, because of discussions at the NTA and the HTA, the smaller Hotels on Nevis were offering specials in an effort to attract and increase visitor arrivals to Nevis, in this very flat market that the whole Caribbean is experiencing.

He further added that the staff at the NTA had been challenged to devise innovative ways to market Nevis as a destination. Their efforts have showed some success, as hotels were reporting an increase in occupancy for January 2010.

“The staff at the Ministry of Tourism, have been working with the NTA and Nevis Air Sea Port Authority (NASPA)  to diversify our tourism product. The yacht moorings project has been a huge success with yacht arrivals increasing from 400 in 2007 to 722 in 2008 or an increase of 80 percent. They increased by a further 30 percent in 2009 to 941 arrivals. Reports suggest that there will be a similar increase in 2010.

“The Ministry of Tourism has worked at attracting investment to enhance our cruise product. The Charlestown redevelopment project will breathe new life into the heart of Charlestown and attract new Cruise Lines to Nevis. This will compliment the hard work put in by the Ministry of Tourism staff whose efforts have already achieved an increase of 16 percent of cruise arrivals over last year.

“Surely, the staff of the NTA and The Ministry of Tourism deserve praise, not criticism, for their sterling efforts in these trying economic times. Sadly Mr. Brantley has missed a golden opportunity to market Nevis to a regional television audience,” said Mr. Yearwood.