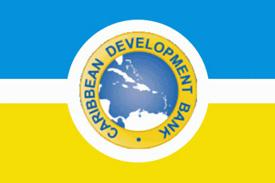 Meeting To Be Held In The Cayman Islands

When Governors of the Barbados-based Caribbean Development Bank (CDB) meet later this month, they will participate in a panel discussion on improving citizen security in the region.

CDB said the May 23 event in the Cayman Islands is among the activities planned for annual meetings of the CDB Board of Governors.

“Crime and violence is a developmental issue which the CDB has identified as an important area of focus over the next strategic plan period 2012-2014,” the CDB said in a statement, noting that “increasing violent crime in many of CDB’s Borrowing Member Countries (BMCs) represents a significant threat to economic and social development and hampers efforts to reduce poverty and achievement of the Millennium Development Goals.

“CDB recognises the urgency with which this issue must be addressed if the region is not to lose the developmental momentum of the past two decades or worse, experience an erosion in the socio-economic gains attained.”

At his inaugural address to the bank’s governors last year, CDB President, Dr. Warren Smith had promised that the “CDB will work very closely with governments, community-based organisations and other stakeholders to begin to address the infrastructure deficiencies and social interventions needed to engage and transform communities adversely affected by crime and violence.”

Among the panellist are Professor Anthony Harriott, Director of the University of West Indies Institute of Criminal Justice and Security and Head of the Department of Government at UWI Mona; Professor  Richard R. Bennett, Professor of Justice in the Department of Justice, Law and Society at American University in Washington, DC and Barbadian poet, Adisa “˜AJA’ Andwele.

Professor Harriott is the author of several scholarly articles and the author/editor of six books primarily on the issues of violence, and policing in Caribbean societies, while Professor Bennett, who has taught graduate and undergraduate students for over 30 years at American University and elsewhere, is an expert on comparative crime and criminal justice.

Andwele’s work addresses a number of global issues, including war and conflict; poverty; the threat to the environment; and the abuse of children and women.