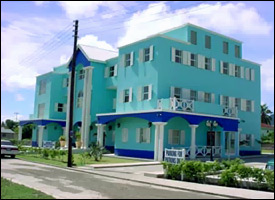 Appropriate legislation to fiilling the gaps in the regulation of credit unions and cooperative societies in the Eastern Caribbean Currency Union (ECCU) countries should be completed by December this year.

The Monetary Council of the Eastern Caribbean Central Bank (ECCB) at its just concluded meeting was apprised of the status of the Harmonised Co-operative Societies Legislation for the ECCU.

The Council expressed its commitment to filling the gaps which currently exist in the regulation and supervision of credit unions and has agreed that the drafting and enactment of comprehensive legislation to rationalise the regulation and supervision of the coÃ¢â‚¬”˜operative societies, in line with the objectives of the single regulatory framework, was a priority task.

The Monetary Council which is comprised of Ministers of Finance has urged the Central Bank to pursue, with some urgency, the finalisation of the appropriate legislation with the aim of completion by December 2008.