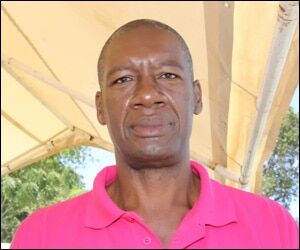 Keithley Amory Director of the Department of Agriculture on Nevis says the effects of climate change has forced the department to adopt technology in order to maximize agricultural production.

He made the comment when he delivered remarks at the opening ceremony of the Ministry of Agriculture’s 22nd Annual Open Day at the Villa Grounds in Charlestown on March 17, 2016. The island’s premier agricultural event which concluded on March 18, 2016, is being held under the patronage of Dulcina Brookes. The theme is “Adapting to Climate Change to achieve Greater Food Security.”

Amory said this year’s Open Day highlights climate change and provides awareness of the phenomenon to farmers and the public.

He pointed to the changes in temperature, rainfall patterns, flowering pattern of fruit trees and the high incidence of pests and diseases which ultimately affect the island’s agricultural production and food security.

According to Amory, over the years both the Ministry and Department of Agriculture stresses the need for increased production in crops, livestock and fishing and the need for the people of Nevis to consume more of what is produced on the island.

He stated that the various exhibits from the Departments of Agriculture and Fisheries, some of them pictorial, are showing how to adopt various technologies to adapt to the changing climate patterns to help to achieve greater food security.

Amory noted that the ministry’s allied agencies ““ Taiwan, the Inter-American Institute for Cooperation on Agriculture (IICA) and the University of the West Indies also joined in showcasing the various technologies and methodologies on how to adapt to climate change.