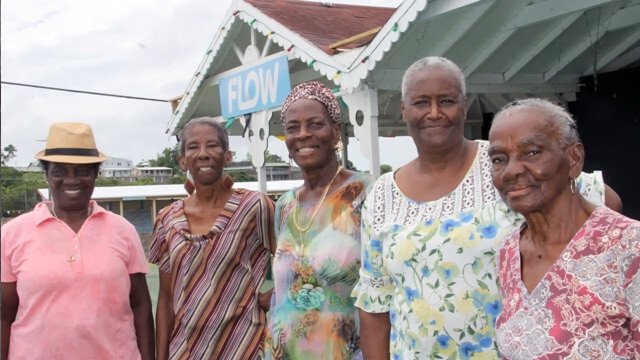 The five contestants in the first ever Miss Nevis Seniors Pageant say they are ready to vie for the coveted title on October 28, 2017. It will be held at the Nevis Cultural Complex from 5:00 p.m.

The show, which is being hosted by the Department of Social Services, Seniors Division, as part of the activities observing the Month of the Elderly, will have a contestant from each parish. Delores Richardson from St. Pauls, Mareta Hobson from St. Johns, Catherine Tyson from St. Thomas, Yvonne Rogers from St. Georges and Sarah Browne from St. James.

Shelly Liburd, an organizing committee member said the show promises to be an exciting one with three judged segments.

“We are going to have here judged segments. The first will be “Let’s Get Active” and that is a twist to what we normally do as a sports wear. The second segment is the Talent segment and the ladies are going to be showing us what they can do and the third segment is going to be the evening wear and we are dubbing that “Queen of the Century Attire”.

“It’s really going to be exciting. I’m really inviting everyone to come on out to see the ladies. It’s going to be fun,” she said.

At the end of the contest, each participant will receive a participation crown. The overall winner will be crowned queen of the competition.

Mrs. Liburd, said the contest will also show the younger generation that they can compete and have fun at the same time.

Meantime, Ms. Joyce Moven, the department’s Deputy Director says the show will be one of class and elegance and fun. However, she craved the public’s support.

“I am asking all of you to be conscious of the fact that this is a senior’s pageant and we are considering the age factor. So if you see somebody has a little bit of a forgetful moment, please don’t boo. Give them a little bit of encouragement because it is not easy.

“They have worked very hard over the past weeks preparing themselves to give you the best show for 2017,” she said.

The five participants have been actively preparing for the show since 2016 but practice had only picked up at the end of August 2017.

Ms. Moven, thanked their chaperons, who she said have been of great help to the participants. She also thanked Mrs. Deslyn Williams-Johnson, General Manager of the Nevis Performing Arts Centre (NEPAC), for her assistance to the contestants.

“She has worked well with those seniors preparing them especially for the opening number and getting them to the point where they are going to be bring it to you this Saturday,” she said.