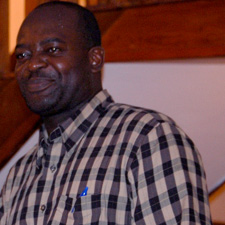 The Task Force is charged with establishing a Regional Sports Academy (RSA) that will focus on the use of sports as a vehicle for deepening regional integration and was recently formalised at its meeting in Suriname during which it discussed major considerations and key parameters to advance the establishment of the Academy.

An initiative of the Government of Suriname, the RSA is being set up with broad objectives including regional integration, sport studies and development; talent identification and development; sport tourism and research.

In addition to being outfitted with dormitories, the institution when completed will have facilities for soccer, track and field, swimming and volleyball among others. The initiative comes at a time when, regionally, increased focus is being placed on the value of sport in fostering development in CARICOM.

A brand style competition, which ends on August 8, has been launched to familiarise and inspire the participation of CARICOM nationals in the process of establishing the Academy in respect of the design of its logo, letterhead and business card.

Endorsement of the initiative has come from international sporting icon Clarence Seedorf, who has already donated a building in Paramaribo to be used as part of the RSA infrastructure.