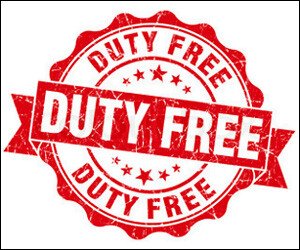 No VAT For Residents

This was revealed by Prime Minister Dr. the Honourable Timothy Harris during a statement in National Assembly today, November 17.

He said that during a Cabinet meeting held Monday, November 16, the decision was taken for the allowance to “non-commercial importers and travelers,” and would be “effective December 01 to December 31, 2015.”

As such, “food stuff” up to the first 400 lbs will be free of duties and taxes, while non-commercial imports will receive duty free allowance of EC$540 (US$200) off the Cost, Insurance and Freight (CIF) value of the goods.

“These measures Mr. Speaker can be taken as a December Special from the Team Unity Administration,” Prime Minister Harris said.  “More than that however, Mr. Speaker it is another demonstration of Team Unity’s love for the people of St. Kitts and Nevis and our endearing commitment to help our people, especially the poor to have a satisfactory quality of life.”

He recalled that relief had previously been provided from Value Added Tax (VAT) on food medicine and funeral expenses, that former sugar workers such as Allan Rubaine, Ermyn David, Bernice Hamm, Samuel “Chemical” Wilson, John Paul and Ivy Battice were among over 2,311 beneficiaries who had been compensated through the Sugar Workers Restoration Fund (SWRF).  He added that EC$13.5 million had been provided to Small and Medium Enterprises (SMEs) though the Fresh Start Project available at the Development Bank of St. Kitts and Nevis where over 400 applications had been received in one month.  The Prime Minister further noted that on “No VAT Day” scheduled for December 18, 2015, zero VAT has been given on the first EC$75,000 value of a vehicle to be imported into the Federation.

“Now we give a December Special to non-commercial importers and travelers,” Prime Minister Harris said. “Elections will not be called soon, so this is no election gimmick; this is a Team Unity Government at work for the people.”