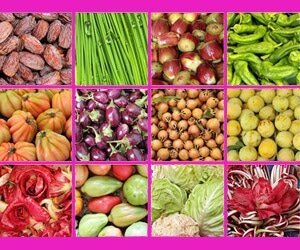 Open Day 2016 is held under the theme “Engendering Resilience to Deal with Global Realities”. The Department of Agriculture has teamed up with the organizers of Earth Day to highlight the effects of climate change on the Earth and the need to focus on conservation.

According to Melvin James, Director of the Department of Agriculture, this year’s open day will be different, with additions such as agricultural health where nurses will be on ground to vaccinate. There will also be a focus on agricultural technology such as the use of renewable energy and drones in agricultural practice.

Other highlights of Open Day 2016 will include expanded food courts, mechanical bull, bouncing castle for kids and lots of educational games. Live entertainment will be provided by Nu Vybes Band, King Lala, Faybo and Urbman, Sankofa Macabee and much more backed by Limitless band.

On exhibition as well as on sale will be fruits and vegetables, meat and meat products, fruit trees, agro-processed items, agricultural chemicals, fish products, ornamentals and different types of animal feed.

Adults pay an entrance fee of EC$2.00 and admission is free for children in uniform.