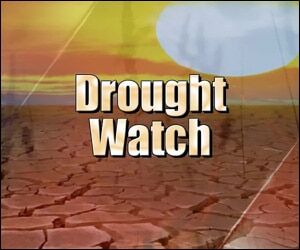 Many Residents Go Without Water

Minister of Public Infrastructure, Posts, Urban Development and Transport, Honourable Ian Patches Liburd, has revealed that specific measures are being taken to address the drought situation in St. Kitts and Nevis, including several emergency projects.

Minister Liburd who is responsible for the Water Services Department outlined projects specific to Saddlers, Lodge and Cedar Grove.

“A $200,000 water supply improvement project brought relief to the residents of Saddlers who suffered for extended periods without running water at the peak of the drought,” he said.  “A well was re-commissioned in Lodge Village and a pump was installed at Cedar Grove along with other system improvements island wide, aimed at bringing relief to our residents. These interventions reflected an accumulated cost of over $500,000.”

Another intervention is the drilling of wells to augment the Federation’s water supply.

“Owing to the delays in the Deep Well Drilling Project (signed in January 2015) our Government has therefore decided to procure the additional services of Ocean Earth Technologies (OET) to conduct a parallel project in order to provide another one million gallons of water per day in order to augment the Basseterre system which includes Lower Half Moon, Conaree, Bird Rock, Frigate Bay and the South East Peninsular areas,” Minister Liburd said.  “OET has experience in St. Kitts having done Phase I of an Hydro-geologic Evaluation of the Basseterre Valley Aquifer which it concluded in September 2009 under the Global Environmental Facility – Integrated Watershed and Coastal Area Management or as it is affectionately called the GEF-IWCAM Project.”

Another project that is earmarked to take place soon is a $600,000 Water Supply Improvement Project expected to build redundancy in the Phillips to Mansion water distribution system.

“Excess water from the Mansion Well will be pumped all the way to Phillips and Molineaux,” Minister Liburd said.  “This project will address the intermittent supply now being experienced within those communities.  Upon completion of the said project, farmers and other interests at higher elevations including the CARDI Research and Demonstration Farm and also the Primate Research Facility at Estridge are all expected to experience an improvement in the reliability of their water supplies.”

Other means of sourcing potable water includes the recommissioning of the desalination plant to Water Services.  According to Minister Liburd the machinery has been lying idle at the La Vallee Project for approximately 10 years.  He said that the plant has the capacity to produce 1.0 million gallons of water per day.

The people of St. Kitts were assured that access to piped water was a commitment that continues to be pursued.  An island wide survey was conducted to determine the number and location of households without piped water under the Universal Access to Water Project.  This is expected to be rolled out shortly.