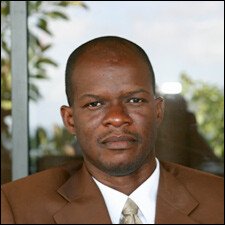 The Nevis Island Administration has plans to construct an early childhood facility in the St. James Parish, the Nevis Reformation Party (NRP) representative and Federal Attorney General and Minister of Justice and Legal Affairs, the Hon Patrice Nisbett has revealed.

The Attorney General, who held successful one-on-one consultations with his constituents at the Combermere Community Centre on Thursday May 10, told the Department of Information that the constituents had raised a number of issues, and a major one was the lack of an early childhood centre in St. James.

“They have impressed upon me what can be done in order to alleviate this situation,” said Hon Nisbett.

Many of them had informed him that they live and work in the constituency and they would want to be able to take their children to a facility in the area. The NRP representative agreed with them that when they have to go outside the constituency it comes at a particular cost, and as a result, the NRP government would want to see how it could address that particular burden that is facing a number of them.

“As a matter of fact, the government has a plan to construct a facility here in St. James to address those issues,” Hon Nisbett told the Department of Information. “I think the mechanics are being worked out at this point in time and at the appropriate time I would imagine one would clearly enunciate to the general public and to the constituents in particular what would be the plans in relation to addressing those issues.”

Responding to the constituents’ wishes, the Hon. Nisbett has consented to be holding the one-on-one consultations on a weekly basis. Other issues raised included affordable housing and availability of land, jobs, improvement of recreational facilities at the VOJN Primary School, and the general cleanliness in the parish, with some stating that some sections are overgrown by vegetation.

“In areas where people have been aggrieved, one would want to try as much as possible to see that the appropriate remedy for the grievance is meted out so that the constituents can in fact have some relief to the particular difficulty that they are experiencing at the time in question,” said Hon Nisbett.

He said that he was quite challenged and motivated by his constituents’ insistence that the government needs to continue the housing revolution that was started, so as to provide affordable housing to the constituents in the parish of St. James.

Accordingly, the Attorney General told the Department of Information that he has undertaken to contact the relevant personnel in the government departments to see how the particular concerns of the constituents can be addressed in timely, efficient and in an effective manner.

“Issues that have been raised in these consultations are far and wide and are varying,” concluded the Hon Patrice Nisbett. “One would want to take the necessary action so as to ensure that those issues are addressed, and in doing so one would ensure that we maintain a conducive environment here in the constituency, where people can live, work, raise families and enjoy an improved quality of life.”