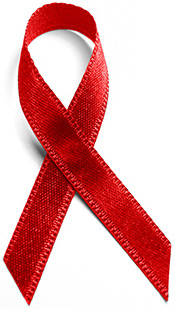 Excitement for the Let’s See What You Know ““ HIV/AIDS Game Show continues to build as students from the Washington Archibald and Cayon High Schools prepare for the July 4 showdown.

According to teacher at Cayon High Clifford Pemberton, community residents are mobilizing to support their team. He explained that supporters will be bused to the finals which begin at 7:45 p.m. at the Old Boy’s School Building at Seaton Street. A large turnout of supporters from Basseterre are also expected to route for the Washington Archibald students.

The competition will be played Jeopardy style and will have two rounds and a final Jeopardy question. There are six categories in the first round with five questions each. Questions will be valued from $100 up to $500 in the first round and will be doubled in the second. A daily double question will be included in each round. The daily double is a huge risk reward feature which allows participants to risk a significant portion of their point total. However, if the participants answer incorrectly, the points will be deducted.

Students will have to write the final Jeopardy answer and submit them to the host and project coordinator CARICOM Youth Ambassador Ian Richards.

Ambassador Richards said the event is a special one as it marks the introduction of an innovative and youth-friendly tool that taps into the popularity of a long running United States game show, to educate about HIV/AIDS issues. The initiative is made even more memorable as it falls on CARICOM Day. Prime Minister Honourable Dr. Denzil Douglas, who is CARICOM’s lead spokesman for HIV/AIDS, is expected to deliver brief remarks at the event.