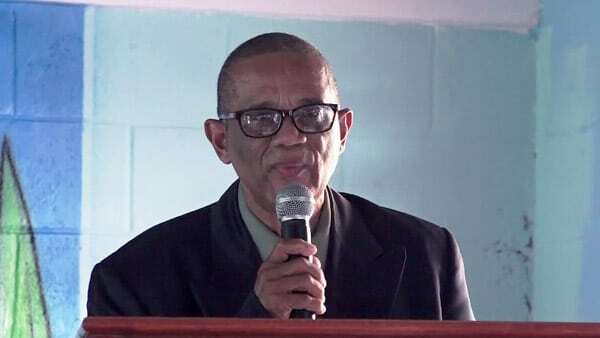 The Permanent Secretary in the Ministry of National Security, Osmond Petty, disclosed that the membership of the Explorer Groups around the island should exceed 300 young people by mid-April. This achievement will be realized once the St. Peters Explorers Movement is launched by the middle of next month.

Mr. Petty described the Mol-Phil Explorers as the flag-bearer group as it was the first to be introduced as part of the Explorer Movement. It was launched in July, 2017, and caters to children 5-19 years of age, mainly from Molineux and Phillips Village. The permanent secretary said that the current membership of the Mol-Phil Explorers was 150 and it was still growing. The Shadwell Explorers Group was launched in December, 2017, while the newest group, the St. Paul’s Explorers, was launched in March, 2018. Outlining the objectives of the group, Mr. Petty said that the Ministry wanted to develop a programme to foster positive attitudes in the youth of the various communities.

“We want to offer solutions to the many problems and issues faced by the youth in the community. We want to create a positive programme focusing on discipline and group work ethics through mentorship, pairing and partnership; instill the law of respect – respect for self, respect for others, respect for property of self and others,” explained Mr. Petty. “And we want to create a brother’s keepers programme, which will equally look out for the weak, as well as the strong.”

The Explorer Movement is a part of the Ministry of National Security’s Crime Prevention and Reduction Strategy and its Social Intervention Programme. Among the objectives of the programme is to encourage positive self-awareness, good hygienic practices and a system of recognition for those who display positive attitudes towards others.

“We must involve [the] parents of the youth in the policing of the club’s objectives. We must enlighten the youth on [the] personal rewards they can receive from volunteering [with] programmes for the betterment of their communities. We must teach the youth, at an early age, to put themselves in the shoes of others and gain [an] understanding of another person’s situation,” the permanent secretary said. “[We must] teach the youth how to use electronic tools and the internet in a positive way and provide food-for-thought slogans…Explorers will try to make their community the number one living community in our federation. The children will share what they have with those who need it most and they will promote the physical well-being of individuals in the community by inclusion for all.”

The Explorer Movement is implemented and coordinated through a partnership between the Ministry of National Security and the Royal St. Christopher and Nevis Police Force.