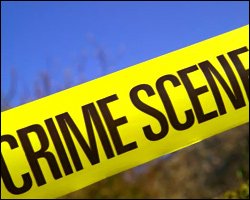 Record Number of Murders in 2009

Any hope of even a little peace and tranquility to usher in the New Year in the crime plagued Federation of St. Kitts and Nevis evaporated in the early hours of January 1st with the brutal execution style killing of 26 year Keithon Stanley. The first victim of 2010 met his untimely demise in the quiet community of Craddock Road in Nevis but was not even cold yet when Bevon Richards of Cotton Ground was shot in the neck about fifteen (15) hours later.

These two crimes just two weeks after the cold blooded slaying of Bernard Berry on 14th December made 2009 the most murderous ever with twenty seven (27) officially recorded killings. Yet you could never tell if you listened to Prime Minister and Minister of National Security Douglas as he addressed the nation on 15th December. As he whined and complained about being forced to respect the authority of the High Court he gave no sign of any compassion or understanding for the many grieving families.

In fact, the Minister of National Security is widely seen as a major hindrance to the work of the security forces in what is apparently a losing battle with criminal gangs. Throughout his tenure of Minister of Finance and then, since 2007, Minister of National Security the police force has been severely underfunded even while priority areas such as the Prime Minister’s Ministry has received continuously increased allocations. In fact, in 2006 when the record was set with seventeen (17) murders the Prime Minister in his capacity as Minister of Finance actually reduced the allocation for National Security. As crime began to really rage out of control resources for crime fighting were drastically reduced.

There has never been any explanation for this inexplicable and callous action but it set the stage for continuous underfunding of our vital police force.

Criticism of Prime Minister Douglas’s handling of the urgent issue of crime has come from several quarters. The Commissioner of Police in an interview with BBC Caribbean last year admitted to being severely under resourced. International publications like the Economist have issued warnings to investors with front page articles headlines about St. Kitts as an island of Sun, Sand and Murder. As the murder rate has continued to rise it has become clear that the poor leadership of Prime Minister Douglas is increasingly implicated.

Worst of all however, the own words and actions of the Prime Minister have condemned him as scores of young people have been buried. Prime Minister Douglas used the bully pulpit of Parliament to declare that responsibility for crime will roll off of him like water from a duck’s back. He told Caribbean Newsline just last year that there are no gangs in St. Kitts! He really needs to tell the youth form his native St. Pauls and Cayon whose fight during the Last Lap left one shot and two stabbed with one remaining in the hospital.

It is no surprise therefore that the average Kittitian does not feel like Prime Minister Douglas is even fully aware of the crisis proportions of the disaster facing this Federation. He is doing well for himself. His own son is far away from the carnage in Newtown or the Village or Craddock Road and he cannot even find it within himself to address the nation on crime. While the police cannot respond because they lack vehicles and are killed because they lack bullet proof vests and the only coast guard vessel is out of commission for two years the Prime Minister finds money for free concerts with foreign artistes, to fund the Labour Party campaign from public funds and to gallivant all over the globe.

The road march for 2009 ““ 10 is a catchy tune called Buss dey Bubble but the only refrain heard on the streets from ordinary people is we want change!