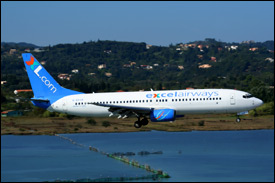 It is getting tougher to reach St. Kitts and Nevis by air.

High fuel prices may force a second airline out of the Caribbean market less than two months prior to the onset of the traditional tourism season, which could have a major and unwelcome impact on the number of visitors reaching the Federation.  Carib Aviation officials have publicly said the company will cease flight operations on Sept. 30 and close down altogether on Oct. 5, but sources in the firm say the decisions are not final.

Other company officials, who refused to allow their names to be used, also said the situation remains flexible.

Should Carib Aviation shut down, it will severe the air link between Antigua and St. Kitts and Nevis. This has been a traditional route used by tourists from the United Kingdom and Europe.

Carib currently flies as a subcontractor for LIAT in the Federation. No one at LIAT was available to discuss future plans if the Carib closure goes forward.

Carib’s announcement comes just two weeks after XL Airways announced that it was ceasing flights between six Caribbean destinations and London. XL carried about 7,000 passengers to St. Kitts each year.

Both companies cited the rising cost of fuel as a key factor in the decision to shut down.

A Winair employee at the Robert L. Bradshaw International Airport on St. Kitts said the cut in the number of flights was seasonal.

At Vance W. Amory International Airport on Nevis, there are two Winair flights some days and three flights on other days, according to a company employee.  The airline has reduced the overall number of flights to the island. The employee said the Nevis Winair flight schedule is changed often.

No one at the Winair corporate offices on St. Maarten could be reached for comment on the schedule changes.
American Eagle has followed its normal procedure and cut its daily flight service to Nevis from two to one, but is expected to resume twice-a-day flights when the tourism season picks up in December.

The air transportation situation is being closely monitored by the St. Kitts and Nevis Hotel and Tourism Association, according to manager Michael Head.

“We’re trying to rectify the problem urgently,” Mr. Head said. “We’ve had a series of meetings (with our members)” concerning the issue.

The group has a number of ideas to deal with the problem, but is not yet ready to make any public announcements, he said.
The rising cost of jet fuel has hit the Latin America and Central America hardest, according to figures from the International Air Transport Association. The IATA is the global trade organization that represents the airline industry.
Overall, jet fuel prices have increased 44 percent since last year, representing an increase of $91 billion to carries. However, in Latin America and Central America, the cost has jumped 66 percent.