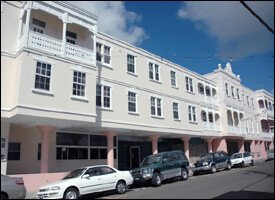 The successful transformation of the St. Kitts and Nevis economy with the closure of the 350-year-old sugar industry in 1995 “with the challenges that we faced as a people and a nation and with nothing but hope and uncertainty, and to see how we have brought this country through the last four years, is nothing short of being guided by the mighty hand of God.”

So said St. Kitts and Nevis Prime Minister Hon. Dr. Denzil L. Douglas as he responded to words of appreciation on his government’s handling of the local economy from a caller during his weekly radio programme “Ask the Prime Minister” on Tuesday.

“In all that we do, there has to be Divine Guidance and here has to be continued reliance on the Almighty,” said the Prime Minister, who reflected on the efforts of his St. Kitts-Nevis Labour Administration to maintain stability in St. Kitts and Nevis during the most challenging of times when one looks at what is happening in the large developed nations around the world and on every continent and to see what has happened in what is happening as a result of the devastation caused by the global financial and economic crisis.

“Here in little St. Kitts and Nevis with the help of God, we are continuing to maintain our position. It has not been short of a miracle,” said Prime Minister Douglas, who noted that during his recent visit to Puerto Rico, the Puerto Rico government had announced the some 17,000 government paid employees were to be laid off in November in addition to some 8,000 public workers who were laid off in May this year.

“Here in St. Kitts and Nevis, my Government has tried its very best to ensure that our public servants continue to be employed,” said Prime Minister Douglas, who pointed out that his St. Kitts-Nevis Labour Government has also introduced programmes for persons who lacked the basic skills to become skilled in the services industry and become gainfully employed.

“We have embarked upon this programme since February of this year and it is continuing,” said Dr. Douglas.