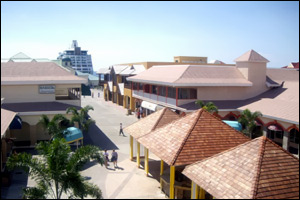 Three of Princess Cruises six ships that will be cruising the Caribbean have St. Kitts – Nevis on their itineraries during the 2009/2010 Cruise Ship Season, while a fourth ship will stop on a trip from New York to Puerto Rico.

Two of the three ships, the Grand Princess and Ruby Princess, will be visiting Port Zante for the first time.

St. Kitts – Nevis is on the Eastern Caribbean Voyager itinerary of the 3,080-passenger Ruby Princess, which will dock at Port Zante on nine calls between October 25, 2009 and April 29, 2010. The Ruby Princess is scheduled to make its maiden voyage on November 8th 2008.

The 2,600-passenger Grand Princess has St. Kitts – Nevis on its 14-day Caribbean Collection itinerary roundtrip from Ft. Lauderdale, Florida and will make nine calls to Port Zante between December 21, 2009 and April 23, 2010.

The Sea Princess, which has a capacity of 1,950 passengers, will offer seven sailings on a Grand Caribbean Adventurer itinerary that includes Saint Kitts.

During the 2007/2008 cruise ship season, the 3,500-passenger Crown Princess and the 3,100-passenger Emerald Princess made several calls to St. Kitts – Nevis.