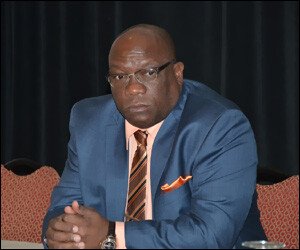 The St. Kitts – Nevis government has garnered praise for its management of the Citizenship-by-Investment Programme, the Sugar Industry Diversification Foundation (SIDF) and the People’s Employment Programme and for initiating sweeping changes that will redound to their benefit.

In a press release issued today, May 13th, 2016, the IMF said, “The authorities are to be commended for the comprehensive reform of the CBI program. Cooperation with neighboring islands would be helpful to ensure the sustainability of the CBI schemes in the region.  Improvements in the transparency of SIDF financial reporting are welcome, as are the plans for its potential integration with the consolidated fund to provide a comprehensive fiscal perimeter and the efforts to streamline and reorient the People’s Employment Program to its original purpose of training the labor force to close the skills gap.”

The St. Kitts – Nevis Government’s legislative agenda also received excellent reviews.  According to the IMF, “Implementing the new Banking Law, ratified by the Parliament in 2015, will raise capital cushions and enable the ECCB to conduct consolidated and risk-based supervision. Further strengthening of the supervisory frameworks would help capture weaknesses in growing market segments.  Trends in Correspondent Banking Relationships (CBRs) will need to be systematically monitored going forward, and””to limit the risk of losing CBRs””it will be important to maintain a watertight Anti Money Laundering/Combating the Financing of Terrorism (AML/CFT) regime with adequate financial disclosure, and full compliance with international standards on transparency and exchange of tax information.”

In September 2015, Dr. Harris piloted the Foreign Account Tax Compliance Bill through Parliament, providing a legal framework for information sharing with the United States government.  Dr. Harris said that St. Kitts and Nevis would be a responsible member of the international community and work in solidarity with others to protect the integrity of the financial space.

The United States government accused the former Douglas administration of creating an enabling environment for illicit actors.  On May 20th, 2014, an advisory issued by the Financial Crimes Enforcement Network (FinCEN) said, among other things, that, “the SKN program is attractive to illicit actors because the program, as administered, maintains lax controls as to who may be granted citizenship”¦As a result of these lax controls, illicit actors, including individuals intending to use the secondary citizenship to evade sanctions, can obtain an SKN passport with relative ease.”  Then, six months later, on November 22nd, 2014, another body blow came when the Canadian government issued a strongly worded statement, saying that Canada had decided to implement a visa requirement on St. Kitts and Nevis “due to concerns about the issuance of passports and identity management practices within its Citizenship by Investment program.” All of this has had a deleterious impact on the risk profile of St. Kitts and Nevis.

Since day one of taking office, the Harris administration has been working diligently to re-calibrate, re-position and strengthen relations with the governments of the United States and Canada.  Developments in correspondent banking relations underscore the wisdom of such moves by the Team Unity government, as well as the administration’s commitment to cooperate.

On March 31st, 2016, during a series of high-level meetings in Barbados with diplomats that included representatives of the United States and Canada, Prime Minister Harris received praise for the caliber of cooperation, transparency and accountability that his administration has demonstrated consistently since taking office in February 2015.  Feedback included: “We’ve been very pleased with the collaboration,” “From our perspective, you have done a lot,” and “We are really encouraged by your efforts to restructure the [Citizenship by Investment] programme.”