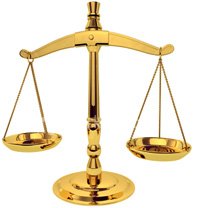 High Court Judge His Lordship Mr. Justice Frances Belle, having denied an application for an Injunction from two opposition parliamentarians, will hear a judicial review next week.

Justice Belle in light of the urgency for a ruling in the matter has abridged the four-week Notice of a Hearing to three days in the interest of time.

On Friday, he ordered that the Claimants in the new Constituency Boundaries Commission case, the Hon. Mark Brantley, the First Claimant and the Hon. Shawn Richards, the Second Claimant, file and serve claims for judicial review by the close of business on Monday 30th November 2009.

The respondents named in the matter are the Constituency Boundaries Commission, the Electoral Commission, the Supervisor of Elections, the Governor General, the Speaker of the National Assembly, the Prime Minister and the Attorney General.