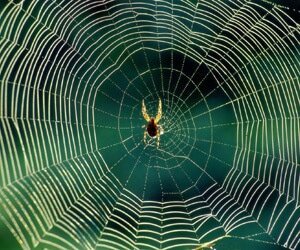 Tangled Web When We Deceive

The controversial Land-for-Debt-Swap that passed through the National Assembly in lightning speed under the former Douglas led Administration has entangled many institutions in its web, prompting the Government of National Unity to seek advice in terms of its revocation.

Former Prime Minister Dr. Denzil Douglas presented and piloted the St. Kitts-Nevis-Anguilla National Bank Limited (Vesting of Certain Lands) Bill 2012 (otherwise known as the Land-for-Debt- Swap) which provides for the vesting of 1200 acres of government land to the St. Kitts-Nevis-Anguilla National Bank to settle public debt to the bank. The Bill was passed on 21st September, 2012.

The people were never given a chance to be a part of the decision-making process with respect to their patrimony and a fallout ensued over the passing of the Bill. Opposition parliamentarians and two senior ministers of the former Douglas-led Administration, the current Prime Minister, Dr. the Honourable Timothy Harris, and H.E.Sam Condor, who is presently Ambassador Extraordinary and Plenipotentiary and Permanent Representative to the United Nations, strongly  registered their displeasure with the Bill.

In response to a reporter at his monthly press conference (April 20) about the repeal of the Land-for-Debt Swap, Prime Minister Harris placed the issue in context by saying that “it is an economic fact that too high a debt would strangle growth in the economy” and gave an example of that happening: “We see what had happened in the period when we went to the IMF. It was negative growth, year after year. It was too much and the Government was too deeply involved.”

However, Prime Minister Harris added that although St. Kitts and Nevis was now one of the best economic performers in the region “the reality of the debt is such that one, it is here, and two, it has entangled a lot of institutions such as the National Bank, such as Social Security and such as all of us.”

“Therefore, faced with that reality, this government is receiving advice on how best we will be able to deal with the Land-for-Debt Swap without creating difficult realities for other institutions that have become involved in it,” the prime minister added.

He further added: “If you look at the National Bank performers with the smart arithmetic and accounting that played out to get a success story with the Land-for-Debt Swap”¦the government was paying the bank some 18 million dollars still. They said the debt was gone. They had something they called a dividend and instead of National Bank paying the government the dividend, it was the government paying National Bank what it called and purported to be a dividend, costing this country every year 18 million plus dollars to sustain that Land-for-Debt Swap, and part of it was that it was going to be so disruptive for the Bank to take the haircut which the barber Douglas was imposing upon it that they had to come back in a back hand way because as a result of the haircut the bank was losing the fundamental source of its revenue, interest on loans.”

Prime Minister Harris went on to describe the Land-for-Debt Swap as a sham, a manipulation of the books, a maze, fine art of trickery, fine art in misinformation and fine art in deception.

“We have a vested interest in preserving the fiscal health of the bank with over a billion dollars of deposits,” Prime Minister Harris said.