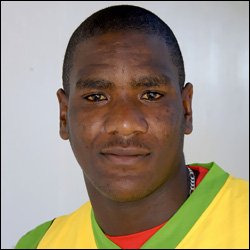 “Those 6 young men and women who went to St. Maarten, threw themselves into the rigours and challenges of the Leeward Islands Debating Competition, and captured first prize,” said Dr. Douglas, adding:

Prime Minister Douglas also extended congratulations to the students from Nevis who participated in this competition.

“It isn’t easy for young people to stand before an audience and deliver these well-thought out, cogent arguments.  And in addition, this competition is not the result of a few days effort.  It takes months and months of hard work and sacrifice, and these young people are to be commended and encouraged,” he said.

Dr. Douglas noted that St. Kitts has had 10 wins in the past 37 years, “and we went into this competition having won more Leeward Island Debating competitions than any other island.”

Dr. Douglas also congratulated the Kittitian captain, Steve Liburd, who not only scored a century, but took the Leewards Islands Cricket Team to victory over the Jamaica on their home ground.