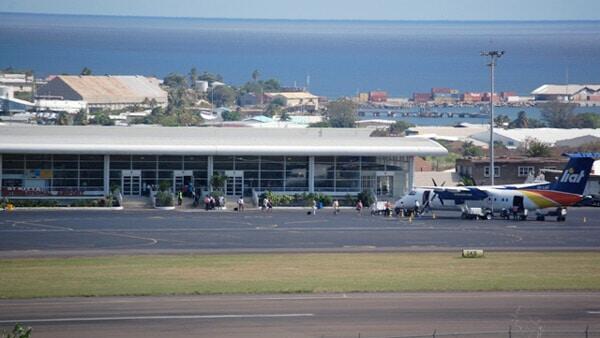 The decision will not only reduce revenue for the St. Christopher Air and Sea Ports Authority (SCASPA), but also make travel more difficult for passengers to travel between St. Kitts and Nevis and St. Thomas and St. Croix.

Having stopped flying into Nevis’ Vance W. Amory International Airport late last year, LIAT has announced it will no longer operate its five-weekly flights from St. Kitts’ Robert L. Bradshaw International Airport to St. Croix and St. Thomas “as part of its efforts to achieve greater profitability and improve efficiency.”

LIAT operates a flight to St Croix’s Henry E. Rohlsen Airport on Mondays and Wednesdays and to the Cyril E. King International in St Thomas on Tuesdays, Thursdays and Saturdays.

In a release issued Wednesday, the airline said it would stop servicing St. Croix beginning March 1 and ends flights to St Thomas on June 14.

In addition, LIAT said it would suspend its flight between Guadeloupe and Dominica, and would introduce instead a return service between Antigua and the French-speaking island.

“The decisions made have been driven predominately by the need to enhance the operational stability of the airline and the quality of product for our customers,” Chief Commercial Officer Lloyd Carswell was quoted as saying.

Following a meeting in Barbados of the shareholder governments last October, St. Vincent and the Grenadines Prime Minister Dr. Ralph Gonsalves had announced that the airline would stop serving countries that hurt its bottom line.

PM Gonsalves, the chairman of the shareholder governments, had said at the time that the airline would be cutting some “non-performing and non-profitable” routes and that “a critical review of the schedule has to be fine-tuned. Clearly LIAT needs to do fewer routes, but do what we are doing much better”.

The airline has suggested that the review had been completed and it was ready to weed out the bad routes.

“The suspension comes after the completion of a route review exercise designed to help the carrier establish a reliable schedule that will fly on commercially viable routes going forward to offer the region a more consistent service,” it said in the release.