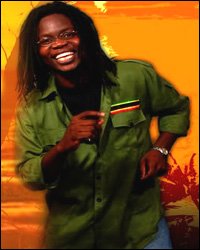 In a statement on Tuesday, Mr. Condor, also the Federation’s Minister of Foreign Affairs, Homeland Security, Labour, Immigration and Social Security, hailed Masud Sadiki as a “local musician, entrepreneur, and model artiste who used his creative genius, celebrity and powerful platform to advocate for the United Nations and UNIFEM’s “UNite To End Violence Against Women” Campaign.”

“The brainchild of United Nations Secretary-General Ban Ki-Moon, the campaign aspires to prevent and eliminate violence against women and girls worldwide. This UN initiative collaborates with individuals, civil society and governments to put an end to violence against women in all its forms,” said Deputy Prime Minister Condor.

He said that as an individual, Masud Sadiki was the epitome of positivity and goodwill.

“As a lyricist he championed this cause with passion and had committed to the project until 2015 to spreading the message of love for all women.

As a music legend, he shared his unique style of music across the country and around the world. His music will leave an indelible mark on our society, and he will be sorely missed. Our thoughts and prayers are with his family,” said Mr. Condor.

He said Masud Sadiki was not only a musical icon. “He was also a father, a husband, and a son and I take this opportunity to convey sincerest condolences to the entire family. It is my hope that they will find comfort in knowing that they are not alone and, that multitudes are praying for them at this very tragic time.”

“It is with a sense of hope, nonetheless, that we say so long to Masud because his lyrics with their powerful message of respect for women will resonate with us for a long time and be a perpetual reminder of the value of life, relationships and friendships,” said Mr. Condor, who used the opportunity to express sympathy on his own his own behalf, and that of his family and the entire Ministry of Foreign Affairs, Homeland Security, Immigration, Labour and Social Security.