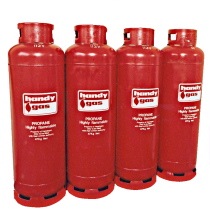 The Monetary Council of the Eastern Caribbean Currency Union has considered a number of reports at its 73rd Meeting on Friday 29th June.

Meeting under the chairmanship of St. Kitts and Nevis’ Prime Minister and Minister of Finance the Rt. Hon. Dr. Denzil L. Douglas, at the Basseterre-based Eastern Caribbean Central Bank (ECCB), members of the Monetary Council comprising Ministers of Finance, received an update on the implementation of the ECCU Eight Point Stabilisation and Growth Programme.

With regard to the fiscal reform component of the programme, Council agreed that the Commission on Pension and Pension Reform should review the reports and legislation in countries that are implementing pension reforms for the information of the Council.

With respect to fiscal targets, Council agreed to recommend that member governments undertake a comprehensive analysis of the targets for achieving growth given the current environment. Council further agreed that the analysis should take into consideration member countries’ ability to service their debts.

Council members noted that at the 72nd Meeting held on 10 February 2012, it was recommended that research on the pricing structure for Liquefied Petroleum Gas (LPG) be expanded to include other fuel products and the associated supply chains.

Having considered the report, Council agreed to recommend that member governments, use a regional approach to adopt the US Gulf spot market price, as the benchmark for the FOB pricing of gasoline, diesel and kerosene instead of the Mean Caribbean Postings, at a date to be determined; and  consider expanding the use of the moving average method based on past spot prices in the ECCU to establish the final price as a way of smoothing large swings in imported petroleum prices.

The Monetary Council received the report on the Public Expenditure Commission which was established with the mandate of finding a sustainable fiscal model that would lead to the solution of expenditure challenges among ECCU member governments.

Council was apprised of the major recommendations of the Commission and the required follow-up actions for the way forward. Council agreed to convene a special session with the Commissioners and Senior Public Officials to discuss the issues outlined in the report.