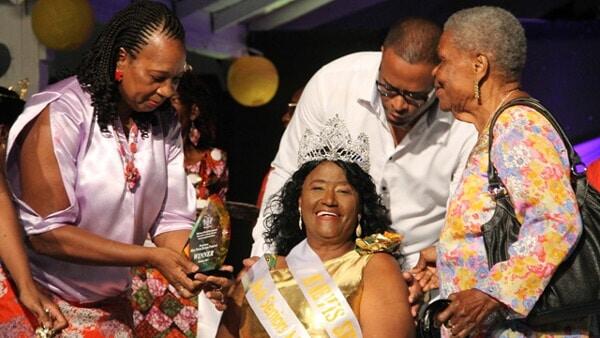 Ms. Mareta Hobson representing the Parish of St. Johns, swept all three categories in the first Miss Nevis Senior Pageant. She was crowned by Hon. Mark Brantley, Deputy Premier of Nevis and Minister of Social Development at the Nevis Cultural Complex on October 28, 2017.

It consisted of three judged rounds. The first was entitled “Let’s get active”, the second was “Show me what you can do” and the third was “Queen of the century.”

In the first round, the participants were required to create sportswear depicting their chosen sport. For the second they showcased their talent and the third round was the evening wear segment.

Welcome remarks were delivered by Ms. Joyce Moven, Deputy Director with responsibilities of the Seniors Division, a prayer by Pastor Eunice Griffin.