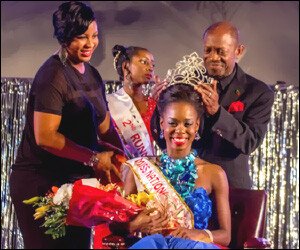 The St. Peter’s beauty, who also won the Interview and Talent segments scored a total of 721.5 points among the judges in the various categories.

Ms. LIME, Jackiema Flemming is the Second Runner-Up with 672 points and winner of the Best Swimwear and Best Evening Wear segments. She also received the Chairman’s and Ms. Photogenic awards.

Lady Diva was adjudged First Runner-up with 787 points; Second Runner-up Socrates with 479 and the – Third Runner-up position went to Queenie G with 478 points.