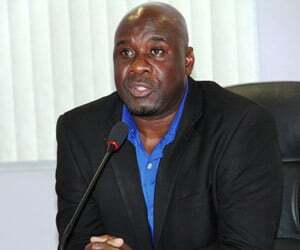 The Nevis Electricity Company Limited (NEVLEC) will commission a new generator at its plant in Prospect shortly, in its quest to stabilize the island’s power supply.

Word of the new addition came from Minister responsible for Public Utilities Hon. Alexis Jeffers when he delivered remarks at the Franklyn Browne Community Centre in Newcastle on August 25, 2016, at the first in a series of town hall meetings hosted by the Nevis Island Administration (NIA).

“I can say to you this evening that we have had the approval of the Cabinet of the Nevis Island Administration to purchase a 2.5 megawatt generator for NEVLEC to ensure that we have some stability there.

“As a matter of fact, I can also say to you, within the next 30 days that generator should be here to ensure that we have the stability that we want to go into our next tourist season, into Christmas and beyond and also the development that we expect here on the island of Nevis. We want to ensure that we have the capacity to provide power in a stable manner and in an efficient manner,” he said.

Minister Jeffers noted NEVLEC‘s difficulties with the ability to provide a steady flow of electricity due to aging generators.

However, he stated that electricity and water are two essential utilities and since taking office in 2013, the Administration has been doing all it could to ensure they are available to the people of Nevis.

“We have to be able to provide these things for our people and that we have been striving to do over the last three and a half years, irrespective of the difficulties that we continue to grapple with on a day-to-day basis,” he said.

Mr. Jeffers also added that the Administration continues to strive to make its payments to NEVLEC while the company remains current with its suppliers.