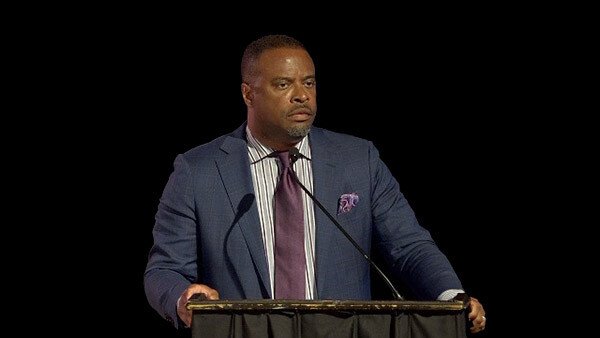 Entrepreneurship Funding For Women and Youth

An Entrepreneurship Fund has been launched by the Ministry of Finance in the Nevis Island Administration (NIA), with the hope of encouraging more women and youth participation.

Hon. Mark Brantley, Premier and Minister of Finance, declared the official launch of the fund on November 20, 2019, as he delivered remarks at the Small Enterprise Development Unit (SEDU) Small Business Symposium at the Nevis Performing Arts Centre.

“It is my privilege and honor to announce that we are now at the final stages of establishing what we have called Entrepreneurship Fund.

We had spoken about it for some time but we are now at a stage where, through the assistance of our friends from Taiwan, through the ambassador, we have been able to secure a sum of E.C. $5,000,000…That sum of $5,000,000 will be put in what we call an Entrepreneurship Fund…SEDU currently offers loans of up to E.C. $25,000. Many say that it is too small for what they want to do so we have listened and we are saying that this fund should have a maximum, a ceiling of E.C. $100,000,” he said.

In order to access the fund, applicants must be female or younger than 35 years.

“We identified that young men and females were being underserved, that there were not enough small businesses owned by them and that many of them had tremendous difficulty accessing loans through the usual lending mechanism at the banks etc. So if you are a young person or you are female and you have a wonderful business idea, oftentimes you could not find funding and so this $5,000,000 fund is intended to fill the gap.

It is not a grant and the idea behind it is that we will lend at a nominal interest rate…no more than three or four percent. The idea behind it would be that you are allowed to borrow up to $100,000 but to pay back because, in paying back, you allow us to replenish the fund so other people can benefit,” Premier Brantley said.

The Entrepreneurship Fund will be managed by SEDU, which, according to Premier Brantley, is expected to begin taking applications in January. In the interim, training is being offered to potential applicants.

“I am advised by the good people at [Ministry of] Finance that we should be ready by January 2020 to start to take applications for this fund.

In the meantime, we’re going to have some training. I believe that Gender Affairs is already having something they call a Boot Camp to train people because we are not just going to give the money. We want people to treat it with some level of seriousness. We want to work with you to develop proper business plans to have things that are viable,” he said.

The Premier also expressed the hope that in the next few years, as the program is rolled out, more small businesses will develop and grow.

“We will be looking to businesses that are a little outside the box…so we are encouraging people to think outside the box and perhaps to do some of the things I have suggested to support Tourism and the tourism services that we have available,” he said.

Entrepreneurship is the act of creating a business or businesses while building and scaling it to generate a profit.

What the entrepreneurship definition doesn’t tell you is that entrepreneurship is what people do to take their career and dreams into their hands and lead it in the direction of their own choice. It’s about building a life on your own terms. No bosses. No restricting schedules. And no one holding you back. Entrepreneurs are able to take the first step into making the world a better place, for everyone in it.