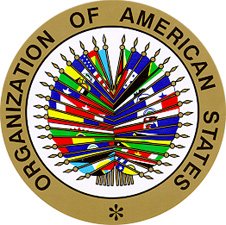 OAS To Look Out For Voter Fraud

The Washington-based Organisation of American States (OAS) has acceded to a request from the Government of St. Kitts and Nevis to send observers to monitor the Nevis Island Assembly Elections on July 11th.

Chief Secretary Mr. Joseph Edmeade in a June 23rd letter to the OAS and CARICOM officially requested “expert assistance in sending a team of observers to witness the electoral process with a view to ensuring that the elections are free, democratic and fair and conducted according to international standards.”

On Tuesday, the Secretary General of the Organization of American States (OAS), His Excellency JosÃ© Miguel Insulza, and the Interim Representative of St. Kitts and Nevis to the OAS, Mrs. Kemoy Liburd Chow, signed the Agreement on Privileges and Immunities for the Electoral Observation Mission.

During the signing ceremony, Liburd-Chow expressed her country’s appreciation for the OAS by affirming that “we commend the OAS for its continued service and efforts to promote democracy in the hemisphere.”

The OAS Secretary General Insulza, who recently visited the country, explained that the observation missions “have become a very good practice at the OAS, and we are very thankful with the government for extending an invitation to observe these elections.”

The OAS mission will be composed of five observers who will cover all of the constituencies and polling centers in Nevis.

The group of international observers will arrive in the country on July 6th, and will meet with representatives of political parties and government officials prior to observing the polls.

At the end of the mission, a report will be presented before the Organization’s Permanent Council.

The agreement signed today is the first habitual step toward guaranteeing that the Electoral Observation Mission can conduct its work appropriately. The Procedural Agreement, to be signed in the near future, will define with further details the access and basic rules of the observers’ visit.