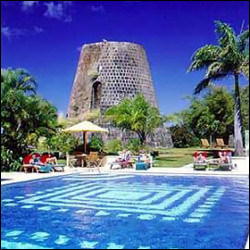 According to Sergeant Alonzo Carty, police received a call today at about 7.30 a.m. from an unidentified person who said that while driving along Long Point Road, he saw a man in the driver’s seat of a stationary car slouching over the steering wheel.

“The passer-by stopped to render assistance and noticed Hoffman was alive but gasping for breath.

The person went back to his car to make a call, but by the time he got back to Hoffman’s car he was unresponsive,” Sergeant Carty explained.

Carty added that on receipt of the report, he and a number of officers immediately left the Charlestown Police Station for the area in which the incident occurred.

He also explained that one of the funeral homes on Nevis had driven Hoffman to the Alexandra Hospital, where he was pronounced dead on arrival by Dr. Chandy Jacobs.