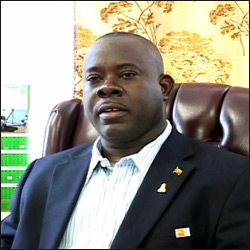 Parliamentary Representative for the St. Pauls Constituency Hon. Robelto Hector, described two weeks of training hosted by the Commonwealth Parliamentary Association from June 07-20, 2008 in Europe, as beneficial and an occasion which afforded him the opportunity to get a feel of international politics.

Mr. Hector made the comment during an interview with the Department of Information on June 22, 2008 shortly after his return to Nevis.

“In my mind, I think that this training has benefited me well. It gives me an opportunity to understand what is happening on the international scene and how it impacts on our parliamentary system here in Nevis.

“It was an opportunity for me to visit Northern Island look at the devolution of power. I also had the opportunity of moving to Belgium which is the sit of the European Union and had an opportunity to see how it functions,” he said.

Mr. Hector indicated that he was not the first Parliamentarian on Nevis to have received the training.

“This training is normally offered to parliamentarians. The Hon. Patrice Nisbett benefited sometime in December, the Hon. Hensley Daniel sometime in March of this year and it was my turn,” he said.