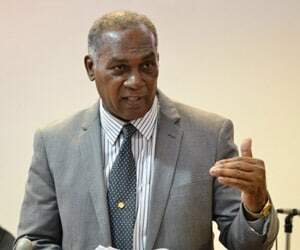 Premier of Nevis, the Honourable Vance Amory, has endorsed the passage of the Tax Administration and Procedures Amendment Act which passed in the National Assembly on Wednesday (April 27).

“It’s a provision to guide the administration of a tax policy,” explained Premier Amory, who also serves as a senior minister in the federal government.

The Act imposes a penalty on taxpayers who file their taxes after the due date, but Premier Amory dispelled the notion by some that the purpose was to raise additional revenue.

“This is a matter that deals with the administration of the taxes or tax measures which already exist,” he said. “It does not impose any new obligation on any person or company or any institution in this country at all”.

The senior minister acknowledged that passing the legislation does not automatically ensure compliance. However, he said it hopefully will prompt some action.

“It could be seen by those who are required to file their tax returns and pay their taxes, as a matter which can save them some revenue, some income,” Mr. Amory said. “Because if there’s no breach of the law, there’s no breach in the requirements to file, and no breach in paying the taxes due as is required on time, then there is no need to pay any penalty.”

As such, the premier assured law abiding citizens who follow the rules that they have nothing fear from this Act. Most officials expect that it will increase efficiency as the on time tax filings will reduce the need for tax personnel to be allocated to follow up on tardy accounts.