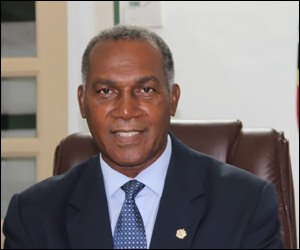 Increased patrols by law enforcement in Nevis “has made a difference” in deterring antisocial activities and authorities are preparing to expand community policing efforts to secondary and primary schools.

A six-point plan of action to address crime was released to the public last Wednesday (July 15) and specific mention was made of greater engagement with the Ministry of Education. Senior Minister in the federal cabinet the Honourable Vance Amory has publicly endorsed the plan by the Royal St. Christopher and Nevis Police Force and said he will use his position as the Premier of Nevis to advance the agenda.

“A number of things happen on our school premises which, when examined, are tantamount to pretty serious criminal behavior,” he said, referring to his insight as the minister responsible for education in the Nevis Island Administration.

Some of the incidents, including fights between students, have been caught on camera and circulated via social media prompting outrage from the public and investigations by authorities.

“We shall be meeting during the course of the school [summer] vacation with education officers. We shall also meet with the principals of [various] schools especially the high schools and we may even look as far as the primary schools,” Premier Amory stated, referring to specific intervention strategies that the police has to reach out to the youth and engage them positively.

Such strategies include reinstating the Police Boys Club and the School Liaison Officer programme designed to encourage positive activities after school and on the weekend. Expansion and strengthening of the Mentoring, Advising, Guiding and Instructing Children (MAGIC) programme and the Teens and Police Service Academy (TAPS) are also detailed in the plan. The ministries responsible for education and social services are also encouraged to reinvigorate their truancy programme.

“We have to begin to look at every single level of our communities to tackle the matter of crime in our federation,” Senior Minister Amory emphasized while thanking the Police High Command for its leadership on the matter.